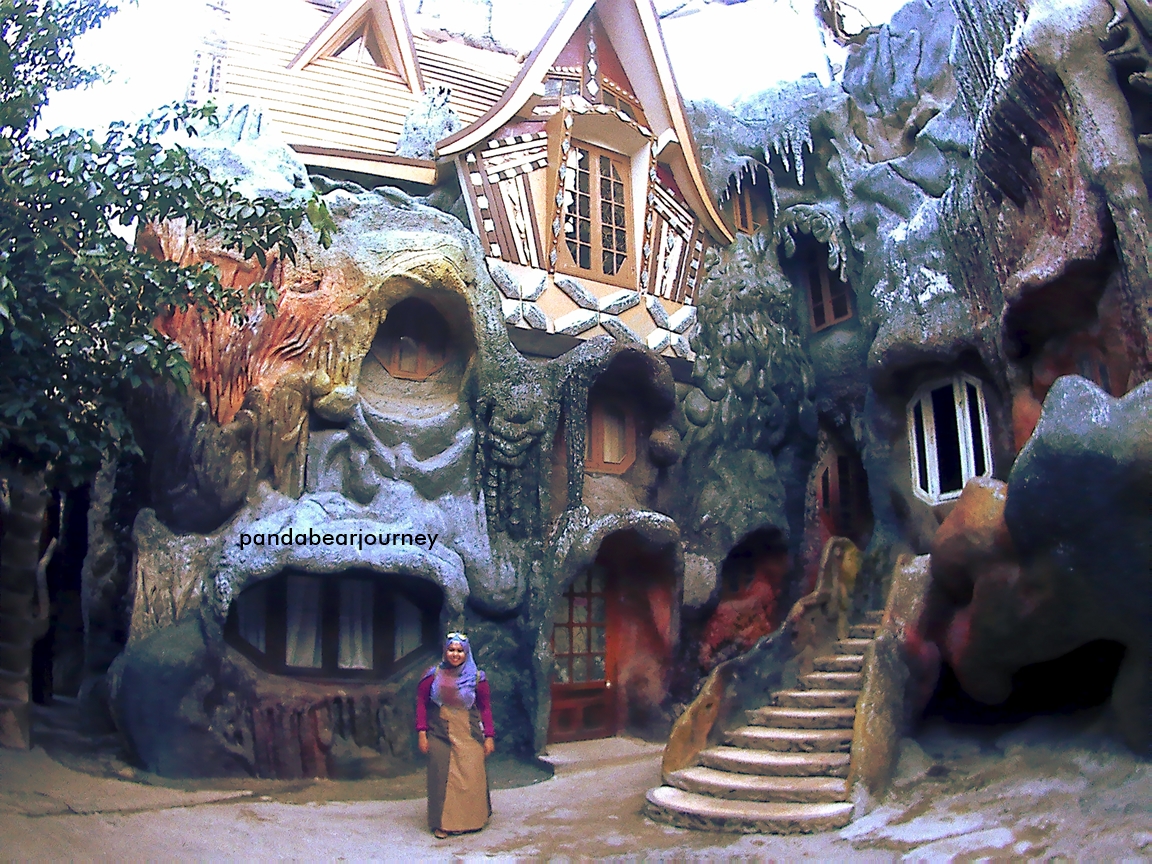 Hang Nga guesthouse is a piece of artwork that really surpasses the limit of people’s imagination. Designed by Vietnamese architect and impressionist Dang Viet Nga, this extraordinary building of non-rectilinear shapes has appeared in many international architectural journals and finally made its way to the list of the world’s ten most creative buildings. (VietnamOnline) 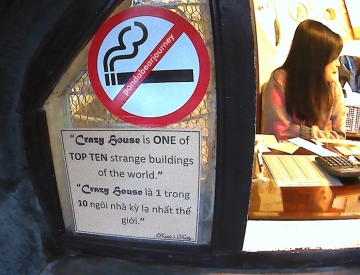 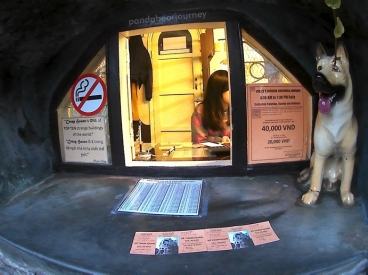 A free-wheeling architectural exploration of surrealism, Hang Nga Crazy House is a joyously designed, outrageously artistic private home. Imagine sculptured rooms connected by superslim bridges rising out of a tangle of greenery, an excess of cascading lava-flow-like shapes, wild colours, spiderweb windows and an almost organic quality to it all, with the swooping hand rails resembling jungle vines. Think of Gaudi and Tolkien dropping acid together. (LonelyPlanet)

The architect, Mrs. Dang Viet Nga – locally known as Hang Nga, has a PhD in architecture from Moscow. Her father, Truong Chinh, was Ho Chi Minh’s successor, serving as Vietnam’s second president from 1981 until he died in 1988. 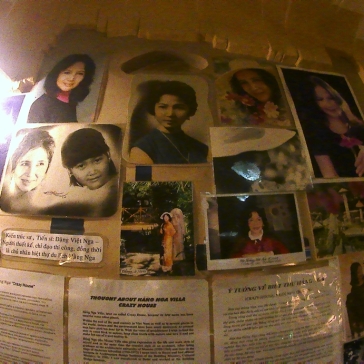 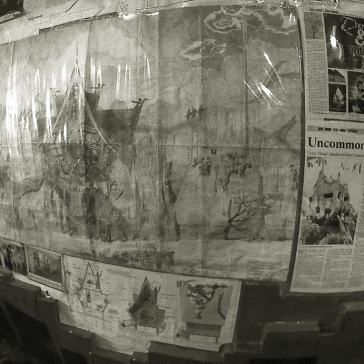 The first design and article clipping board

The construction was started in 1990. The construction as well as the process of claiming for possession of this house are both long stories. Started from scratch, there was time that Ms. Nga was on the verge of bankruptcy when all banks refused to lend her. It was at this point that she came up with the idea of selling tickets for tourists visiting the house. Moreover, after 18 continuous years and 6 times filing, she has been given the possession of this house, as well as its recognition as a piece of art. 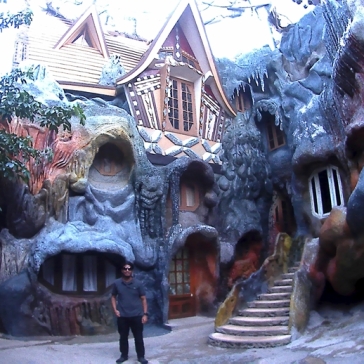 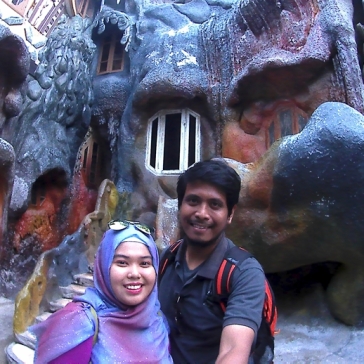 Hang Nga build the house with fairy tale concept in her mind. The crazy house resembles a tree, with uneven windows and tunnel-shaped stairways. It’s nothing normal there. Everything is twisted, literally (like twisting roots, etc). Steepy stairs go up and down here and there with a chance of wild mushrooms and spider webs visualizations popping up on the way. The tree itself spreading in many directions, rising above to reach the top : sky of Dalat. 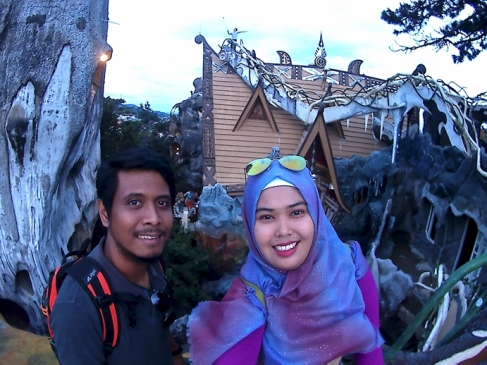 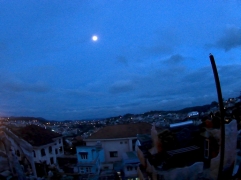 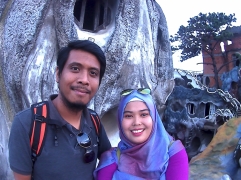 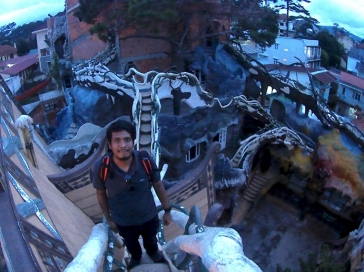 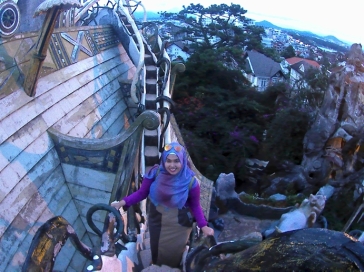 Dalat City (5 hours by bus from Mui Ne OR 1 hour by plane from Ho Chi Minh City). Since we visited Mui Ne days before to see its sahara-like desert, we depart from Mui Ne by bus. There is no airport in Mui Ne. Find out more about the desert here : Mui Ne : Saharaesque Vietnam

This site uses Akismet to reduce spam. Learn how your comment data is processed.